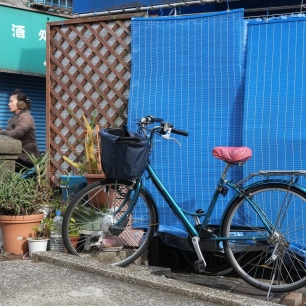 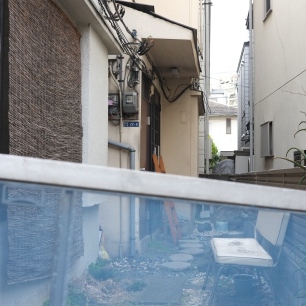 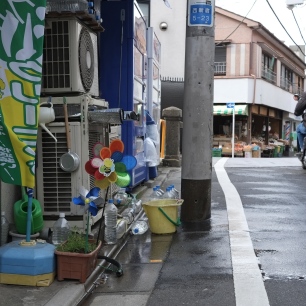 The backstreets of Tokyo, its residential pockets, are far from the madding crowd. Instead of the choked boulevards and pedestrian crossings of the city’s commercial and transport hubs, streets are empty, lanes deserted. Scooters and bicycles replace crowded trains and lines of cars. Dated eateries and cluttered corner shops take the place of architects’ concept stores and restaurants. Modest time-worn lodgings are the norm rather than gleaming apartment towers. Tiny yards and pockets of flora are local substitutes for grand parks and commercial plazas.

Nishi Shinjuku’s 5-chome, a short walk from some of Tokyo’s grandest skyscrapers, is just this kind of nondescript neighbourhood that could be anywhere in suburban Japan. The spread of small residential streets along the canal-like Kanda River, west of Chuo Park, is in parts quaint, dilapidated, and under construction. The Blade Runner aesthetics associated with Tokyo are as alien here as anywhere else on the planet. The streets here are quiet, the pace slow, the buildings human in scale and at times eccentric.