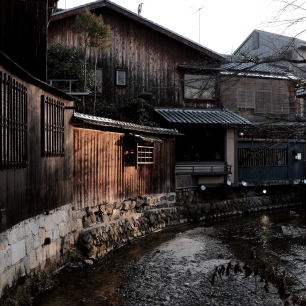 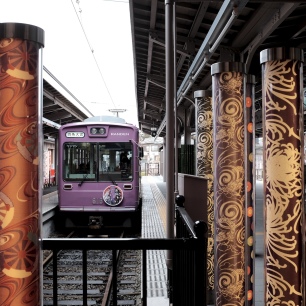 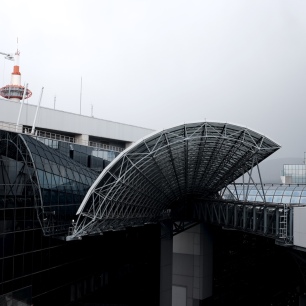 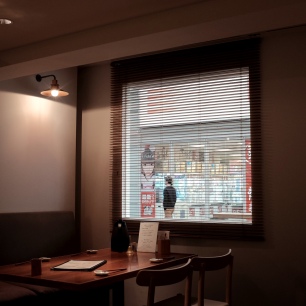 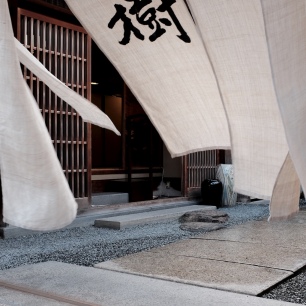 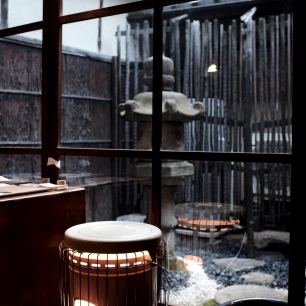 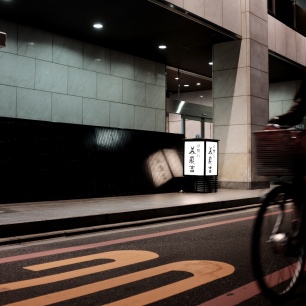 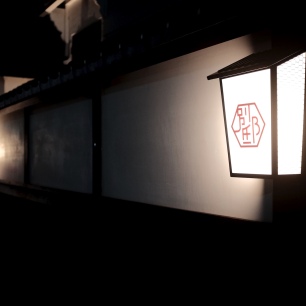 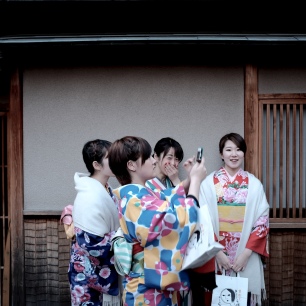 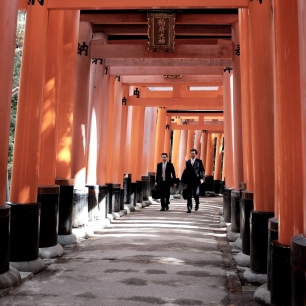 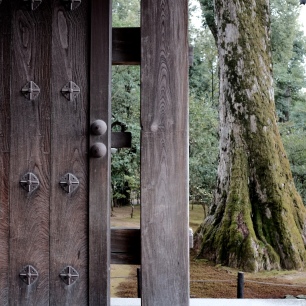 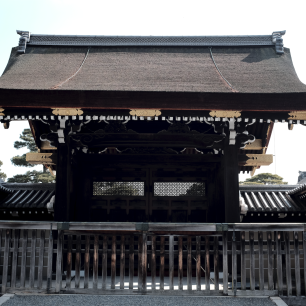 Kyoto, 京都: Japan’s former imperial capital, the western capital, the thousand-year capital; now a compact modern metropolis that lies in the highlands of western Honshu, girthed by mountains. Kyoto, a modern city, a historic city, cultured and refined and discreet. With its splendid visions of the past and its tentative embrace of the future, its one-and-a-half million residents straddle two worlds: one of developers’ construction cranes and utilitarian building projects, department stores and entertainment complexes, the other home to some two thousand temples and shrines—the city’s Important Cultural Properties, National Treasures and World Heritage Site Historic Monuments; of traditional artisanal craftmaking and sake brewing concerns that are as much a part of the city’s economy as its IT and electronics industries; of women wearing traditional kimono while perusing the city’s modern boutiques; and of businesses whose classic woodwork facades are unadorned by gaudy neon signs. Kyoto, a city of atmospheres, of textures, and of visions of glories past. Kyoto.