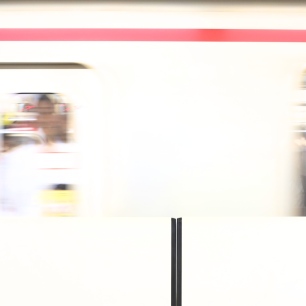 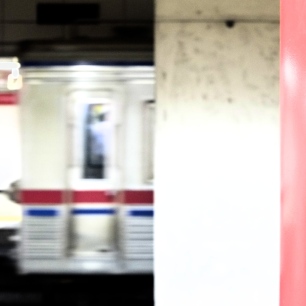 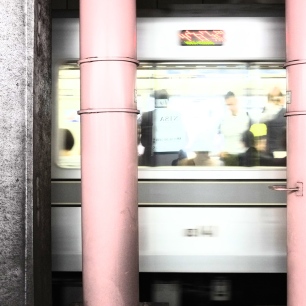 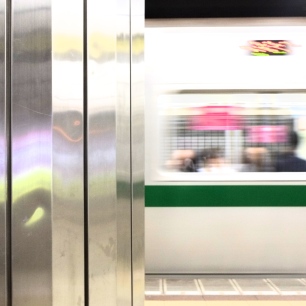 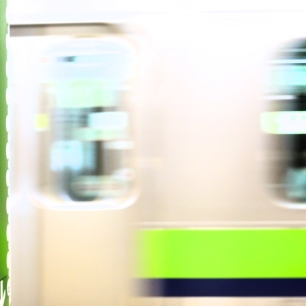 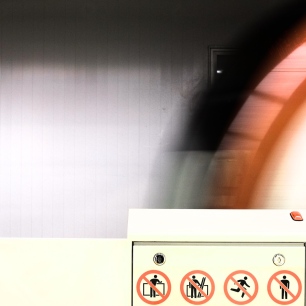 Time and space died yesterday. We already live in the absolute, because we have already created eternal, omnipresent speed.

Tokyo’s subway system is an engineering marvel. From the Ginza line’s modest beginnings in 1927, linking Ueno and nearby Asakusa, Tokyo Metro and TOEI Subway have built a vast network of tunnels that criss-cross beneath the streets of Tokyo, carrying and connecting color-coded trains from the city’s thirteen subway lines to nearly 300 hundred subterranean stations.

Nearly as impressive is the Yamanote line, the jewel in the mighty crown of the JR East Railway Co, which transports some three and a half million passengers a day, above ground, to the 29 stations that are arranged in a ring around central Tokyo, connecting to the city’s subway lines and other city and long distance rail lines.

This series of images was inspired by the visual harmony of Tokyo’s underground railway system as well as the aesthetics of modern 20th Century art movements like De Stijl with its emphasis on geometrical abstraction and color and Futurism with its focus on movement, speed and technology.