The skies over Okinawa are spectacular: ever-changing canvases painted by wind and cloud and sun. The cloud formations are endlessly fascinating, whether monumental sculpted cumulonimbus masses, smudged impressionistic stratus layers or wispy painterly cirrus streaks. The skies are of course at their most dramatic as the sun is setting, the blue and grey vistas charged with gold. By the shimmering sea is the best place to witness them and the first impulse is to photograph them.

I stood on the beach and did just that, framing a section of the sky over the sea as the sun was low over the horizon. I took a photo — the photo above — and immediately wanted to take more. I decided to make a series of similar photos, to capture and highlight the changing skies. It’s far from an original idea, but I decided to take a photo each day, for a week, framing the sky above the sea from the same spot and at the same time as that first photo: 6:22. 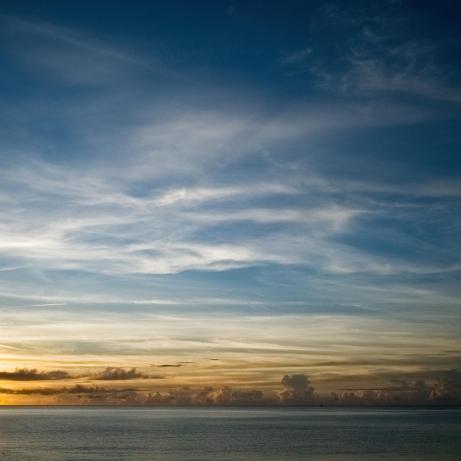 Each day, we’re gifted beautiful variations on a theme, but the best part is the encore that comes after the sun slips below the horizon. On a good day, if the clouds are right, the sky is transformed into a series of breathtaking canvases tinted with a spectrum of crimsons, oranges and pinks that gradually fade to black. 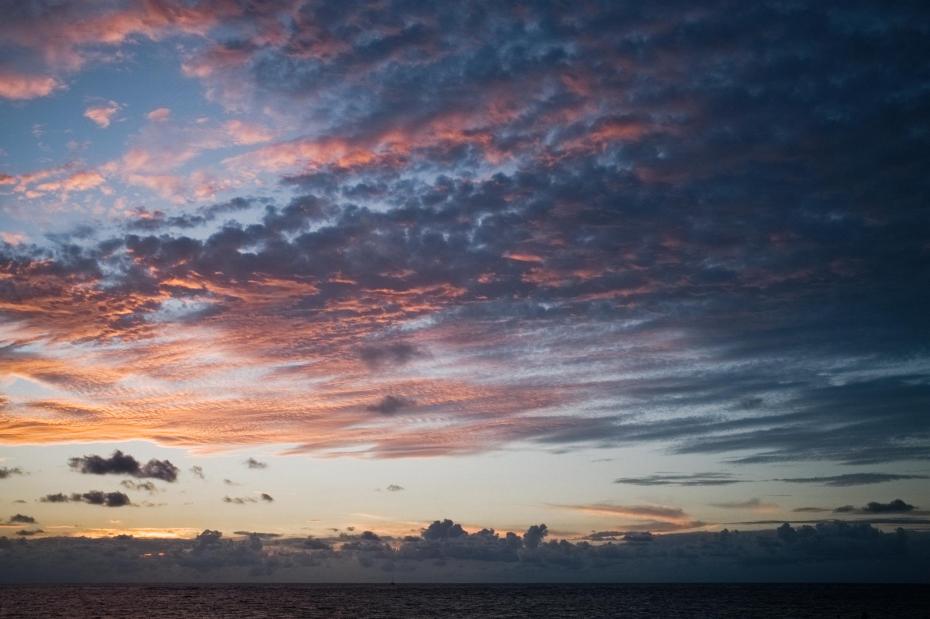