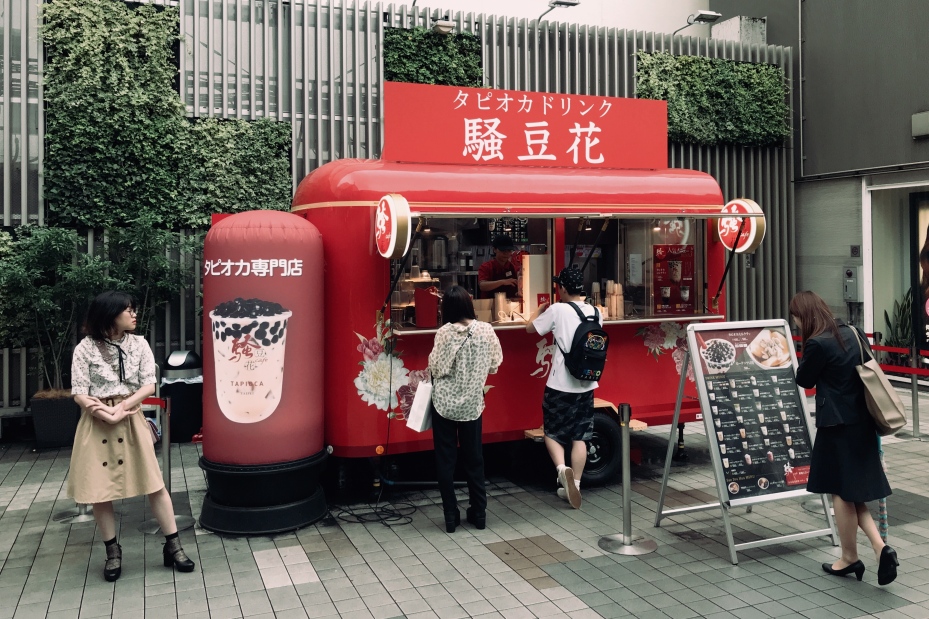 Pancakes, pizza, popcorn, pretzels. Every season some new food fad sweeps through Japan’s cultural laboratory and then spreads out to the rest of the country. These fads are identified by the long lines of patient young customers waiting to get a taste of the latest and greatest. Some, like the now classic pancakes and pizza, are absorbed into the local food culture and enjoyed by all manner of people; others, like popcorn and pretzels, fade back into their relative obscurity as the lines shrink and the specialty shops eventually shutter their doors.

These days people are getting in line for tapioca tea. The popularity of the Taiwanese drink also known as bubble tea or pearl tea, which has been available locally, here and there, for a couple of decades, has exploded as increased tourism and social media platforms like Instagram have fueled its appeal, and it seems like nowadays in many neighborhoods there’s a new tea shop on every other street corner. Worldwide, tapioca tea is projected to become a $3 billion dollar industry within a couple of years; locally, all types of retailers―everyone from convenience stores to the yakuza―are looking to cash in on what appears to be morphing into another Japanese culinary staple.

While the photo above was taken a couple of days ago in Tokyo, the photo below was taken in Melbourne in 2011.

On New Year’s Eve, as the hours gave way to 2012, I snapped a photo of some young women and others in front of a city drink stall.

Another time, another place, and it’s tapioca tea, yes, but this photo is special to me. As I wrote in the introduction to a visual essay that it is part of, this particular photo was instrumental in my journey as a photographer.